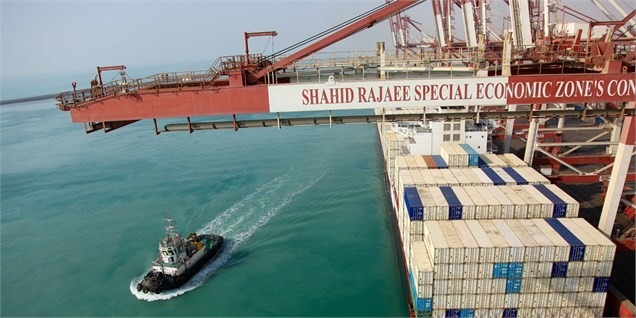 North-South corridor, the most suitable option for Asia-Europe trade

Following the development of the Asia-Europe communication corridors, in 1993 the European transport ministers at the European Commission meeting in Helsinki introduced another route for trade relations between the Asian and European continents, the transit connection of Nordic countries, Scandinavia and Russia through Iran with the countries of the Indian Ocean and the Persian Gulf states and Southeast Asia, this route called North-South corridor .

By using the north-south corridor, a large number of Asian and European countries can trade their goods. Prior to the formation of the North-South Corridor, merchants and traders in the Persian Gulf and the Indian Ocean generally used the ocean to send their goods to Central Europe, Northern Europe, and Russia. This mode of transportation is a very time-consuming and expensive way for transporting goods between the countries of the Indian Ocean and Northern Europe, and using the North-South corridor route can significantly save time and cost of shipping goods between these countries.
Reduce time and shipping costs, an important feature of the North-South corridor

Asian and European countries able to transport goods on the north-south corridor at about twice faster than the speed of the Suez Canal. regarding the creation of new countries in the Central Asian region and the formation of new global markets in the Indian Ocean and the Persian Gulf, this is very important for both Asia and Europe. A significant part of north-south corridor passes through Iran and it is currently the most important and appropriate transit route for goods between Asia and Europe. This corridor currently starts from the Indian Ocean territory (Mumbai port) and connects by sea to Bandar Abbas in southern Iran then in Iran, goods are transported by road or rail to the northern ports of the country (Anzali port and Amirabad port) and then through the Caspian Sea to the Russian ports of Astrakhan and Lagan. The cost of transporting goods between the countries of the Indian Ocean and Northern Europe through the North-South corridor is up to 30% cheaper than the existing traditional routes. The countries of Southeast Asia, Central Asia, the Middle East, the Indian Ocean, the Persian Gulf, and northern Europe can enjoy the benefits of this fast and worthwhile transport route, by joining the International North-South corridor (which is one of the multifaceted corridors). One of the important advantages of this corridor is the intersections with other corridors between Central Asia and Europe, including Traska and Altid.

In fact, by having the main offices of the International transport Company in Dubai, we are able to carry all kinds of refrigerated / container / bulk cargo / cars, etc. from East Asia, the Indian Ocean and the Persian Gulf through the southern ports of Iran (Rajaei / Imam Khomeini / Lengeh / Chabahar / Bushehr) and Transit to the northern ports of the Caspian Sea (Amirabad / Anzali) as fast as possible. Kala sepid tarabar by having more than ten ships chartered and owned in the Caspian Sea also office in Kazakhstan (Aktau), is able to load goods such as general containers, refrigerators, cars and bulk cargo quickly on the ship (deck) in Amirabad and Anzali and also in Aktau we do all works related to clearance, reloading on trailers and transit cargoes to Belarus / Ukraine / Uzbekistan / Tajikistan/ CIS and other European countries.

In the Iran sector that corgo transit from Rajaei, Imam Khomeini, Lengeh, Chabahar and Bushehr to Amirabad and Anzali ,Kala Sepid Trabar is undoubtedly a leader in providing reliable and fastest services with having trailers also offices in Bandar Abbas and Amirabad.

‘Kala sepid tarabar’ as an international transportation company in Iran with more than 20 years of brilliant experience in international and national transportation, has provided specialized services to a wide spectrum of public and private companies as well as natural entities up to now. we believe that our experiences and resume reflects our quality of work and honesty.

As you know we are one of the most active companies in the north-south corridor.

The following videos relate to our recent project in north-south route .the moment of loading car on container, this two car were shipped from Vietnam to Bandar Abbas then load on container and transit to Aktau(Bandar Abbas to Amirabad port by trailer then to Aktau by vessel). Also we can transit cars from Rajaie port to everywhere by Car carrier trailers if there were more than 5 cars.