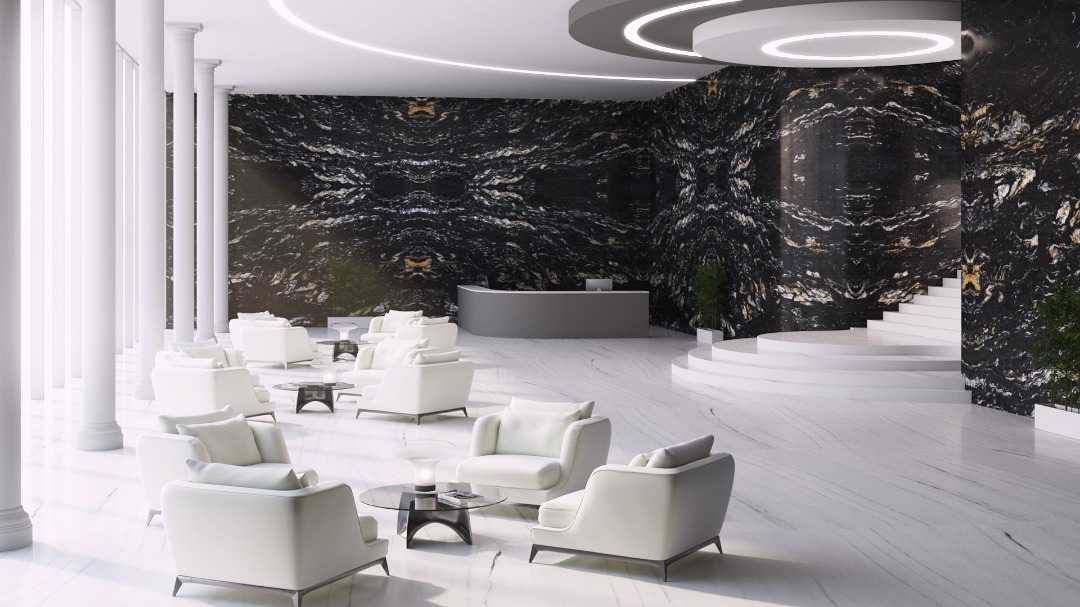 Decorative stone is a natural stone that is selected and cut to a specified size. In the broadest sense, the term decorative stone includes stones of any form that are directly applied to the interior and exterior of buildings, directly after cutting, grinding and polishing. In Latin this term is known as the following:

And the term natural stone includes all those stony products traditionally used by human in the construction industry, including those used in decoration and indoor flooring and walls.

Here is a brief description of some of the most important ornamental stones:

Granite is a light-colored igneous rock. The granite is mainly composed of quartz, feldspar with small amounts of mica, amphiboles and other minerals. This mineral composition usually gives a red, pink, gray or white granite with darker grains throughout the rock.

Granite is one of the most recognized building facade stones. Also it is used to build something like Counter platforms, cobblestones, building facades, staircases and etc.

Granite has high density and is resistant to water penetration and impacts. Granite is also used in industrial environments due to its high strength. 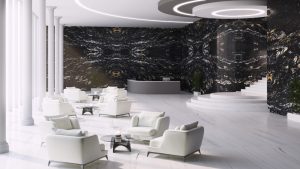 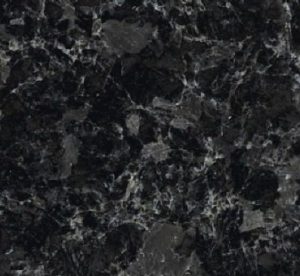 The best marble deposits are found in Iran’s mines, but it is difficult to extract. Marble, which is one of the most expensive facades of the building, is curative and smoothing. For this reason it is used in most religious sites.

Marble is a rich source of calcium, almost all of which are capable of passing through light and is available in many colors, white, green, brown, pink but white being more popular.

Marble is a stone used for decorative work in luxury buildings and the price is relatively high. 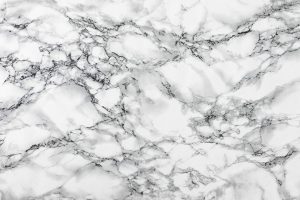 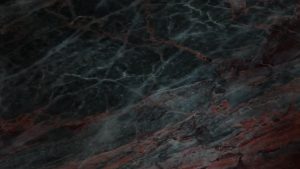 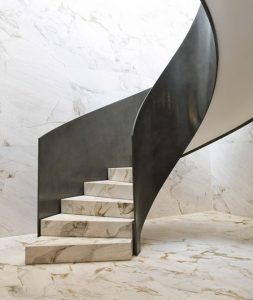 Travertine is a sedimentary rock with crystalline texture composed of calcite (CaCO3) and a type of limestone formed by hot springs or in calcareous caves. The natural color of Travertine rock is white but is also available in brown and cream. One of the most striking features of Travertine’s stone facade is the cloud and wind appearance that if you want to create a romantic atmosphere at home, Travertine would be a smart choice. Travertine is the most appropriate type of building facade in terms of price and cost.

There are some other decorative stones such as Crystal, Limestone and Diorite, which can be used for building facades, floor, stairs and bridges. 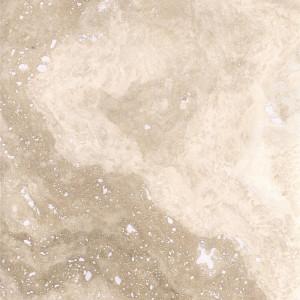 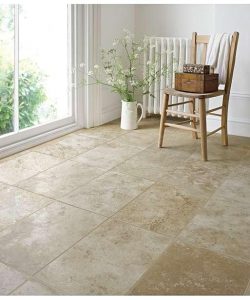 Quartzite is a nonmetallic metamorphic rock that is composed almost entirely of quartz is available in neutral colors. The crystal structure of the quartzite rock makes it a hard and durable rock. This type of building facade stone is often confused with granite, but its hardness is more than granite and is easily recognizable by its rough and crystalline appearance.

The quartzite has variety use in architecture and decorative arts. This stone is used in stairs, floors and waterproof plates due to its high wear resistance. This type of building facade stone is resistant to chemicals and any environmental conditions. 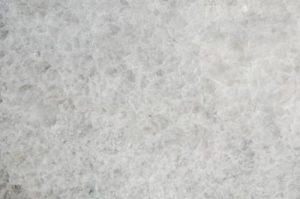 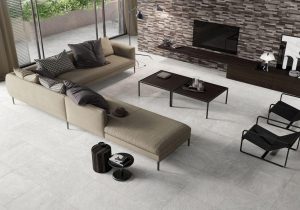 According to the latest reports in OEC, Iran export of decorative stone is about 150 M$, and just around 80% of Iran stone exported to first biggest global stone producer” China”. Actually this is a good witness to high quality of Iranian decorative stones. 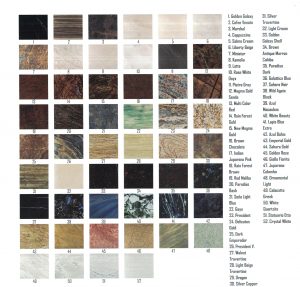 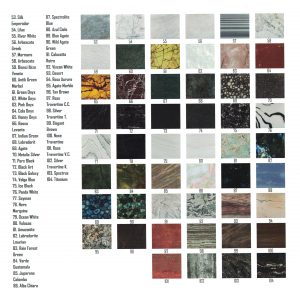 it is critical to note that our company “kala Sepid Tarabar” as an international transportation & trading company has experienced and professional staff members in all matters related to any shipment (road – rail – sea-air and multi modal freight) and trading, so has always been able to serve the interests of its customers to supply, purchase and export cargoes to all over the world as fast as possible as a strong advisor by choosing the best route and method of transport.