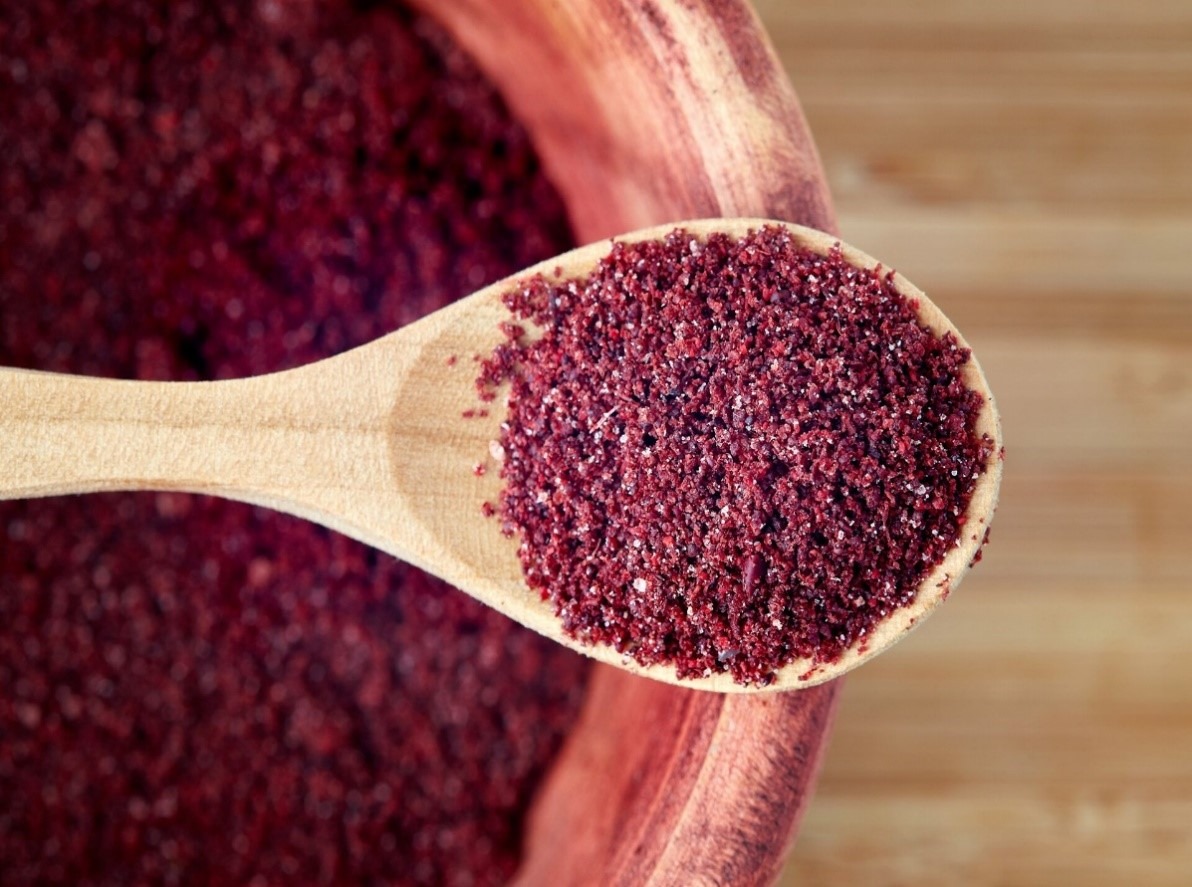 The word “somac” is derived from the Arabic summãq, Sumac is a mountain shrub with clustered fruits. Sumac shrub is a small tree with a height of three meters and sometimes four meters and young branches and petals are covered with coarse hair. Leaves of sumac contain 13% of tannin and were used in the leather industry, especially in ancient Egypt and Greece. The fruit is red and brown in color and tastes pungent but sour on arrival. Sumac fruit is used as a spice after baking, along with foods such as barbecue. Its skin also produces a yellowish orange color.

It grows in areas with 300 to 350 mm of annual rainfall, grows better on slightly acidic or neutral soils with PH 6.5 to 7. It has a warm and dry climate, is light-friendly and resistant to pests and diseases,

The methods of propagation of this shrub are in the form of Cutting (plant), seeds and cuttings of shoots and rhizomes; actually using  Cutting (plant) is the best method, in the autumn or late winter they remove the saplings from the mother plant and cultivate in a new environment. It is often found in the Mediterranean, southern Italy and East Asia, especially in Iran. There are a variety of forms, some of which are decorative and, if left unattended, can lead to poisoning and itching. In ancient Greece, wood was used to dye woolen fabrics, and in Italy it was used to dye leather. In some countries, they make a drink of sumac, which is effective in relieving stomach pain and gastrointestinal disorders. Sumac in Iran has three varieties, including resinous Sumac (in some of the gardens of Tehran and areas of Japan), American Sumac (in North American areas), Common Sumac (the most important and most abundant Sumac shrub).

Food: Sumac powder is used as a seasoning for rice and soup, fresh sprouts are used in salads, and also native Americans make cold, warm and colored drinks and medicines from Sumac fruits. But the plant is also used for industrial purposes; the sumac leaf is used in traditional cigarettes; it is extracted from the oil sumac seed used in candle making; leaves and fruit of this deciduous tree are used in wool dyeing. The extract, decoction, and dried leaf of the shrub, known as sumac al-Sabaghin, contain about 27% tannin, which is higher in wild specimens and used in cordwainery and dyeing.

Studies have shown that sumac may help maintain normal blood sugar levels – in a study of 41 people with diabetes, some received 3 grams of sumac, and some received a placebo every day for three months. After the study period, the people who consumed sumac experienced a 13% decrease in blood sugar. In addition, sumac may help prevent insulin resistance According to the findings of a study published in 2014, sumac can be effective in lowering insulin levels in the body to prevent resistance to it and stabilize blood sugar levels.

High cholesterol is one of the biggest risk factors for heart disease. Cholesterol can accumulate in the arteries and cause them to contract and harden, which increases the effort of the heart muscles – causing difficulty in blood flow. New research has shown that sumac promotes heart function by lowering cholesterol, which also reduces the risk of heart disease. According to a study by the Tehran University of Medical Sciences in Iran, sumac is able to reduce cholesterol and triglycerides in rats with high cholesterol. In another study at the University of Sutcu-Imam in Turkey, similar findings were found showing that a combination of sumac and ginger caused a significant reduction in cholesterol levels in chickens.

Antioxidants are powerful compounds that help fight free radicals, all to prevent damage to cells and protect them from the development of chronic diseases. Some studies have suggested that antioxidants may reduce the risk of complicated diseases such as heart disease, diabetes, and cancer. In sumac, you can find a high number of antioxidants, ones that can help keep our bodies healthy. In fact, studies conducted at a university in India in 2015 show that sumac was effective in reducing the effects of diabetes in rats, mainly due to its high antioxidant content.

4. Reduces the chance of bone depletion

Bone loss, or osteoporosis, is a common condition characterized by weak bones and increased risk of fractures, caused by loss of bone mass. The risk of bone loss increases steadily with age, and the Centers for Disease Control and Prevention estimate that close to 25% of women over the age of 65 suffer from this phenomenon in the neck and lumbar spine. Although research into the possible effects of sumac on bone health is very limited, one study found some promising and encouraging results. A study conducted in 2015 showed that the administration of sumac extract to rats altered the balance of certain specific proteins involved in bone metabolism, resulting in decreased bone depletion.

If you suffer from chronic muscle pain, sumac in your spice cabinet can help to treat the problem. In fact, a study conducted at the University of Mansoura in Egypt revealed that Sumac juice, which can be brewed from tanner’s sumac, can help reduce muscle pain during aerobic exercise in healthy adults. Thanks to the rich antioxidant content of sumac, it can also help reduce the risk of inflammation and thus provide additional relief from pain. Studies conducted in 2009 show that inflammation not only contributes to the development of various diseases, and plays a major role in the development of autoimmune disease – cell death and destruction of tissues in the body in different areas, but also contributes to the sense of strong pain.

6. Can help in the fight against cancer If you search around the Internet for how sumac can help fight the development of cancer cells, you will find hundreds of related results. However, it is important to note that all the studies conducted on the relationship between sumac consumption and cancer are in laboratory conditions only and as of this time, have not yet been tested on humans. The good news is that studies on the relationship between sumac and colorectal cancer have suggested that treating cancer cells in this way significantly hinders their development. In addition, the sumac resin was found to inhibit angiogenesis – the formation of new blood vessels supplying food and oxygen to cancerous tumors, according to studies conducted at the University of Esfahan in Iran. In addition, you can find various studies proving that sumac intake can treat other cancers, ranging from breast cancer, leukemia, ovarian cancer to pancreatic cancer, and many others.

Things to keep in mind

Despite all the benefits of consuming sumac on our bodies, it is important to know some facts and warnings about its consumption:

Production of Sumac in Iran

Arasbaran has a unique climate in the world, with a forest area of over 160,000 hectares, and the confluence of three Siberian, Caspian and Mediterranean forests and wildlife regions has made this region special.

The area of the Sumac forests in the area comprises several villages in the Hurand area, scattered over 81 hectares and is the only forest reserve in the Arasbaran area.

Hurand Production Sumac is a completely healthy and organic product free of any chemical contaminants, including fertilizers and pesticides. The use of these forest products has an average yield of one ton per hectare with a total annual output of 81 tons and has a natural red color, good taste, market friendly, one of the most desirable and original varieties of sumac available in the country. it is critical to note that our company “kala Sepid Tarabar” as an international transportation & trading company has experienced and professional staff members in all matters related to any shipment (road – rail – sea-air and multi modal freight) and trading, so has always been able to serve the interests of its customers to supply, purchase and export cargoes to all over the world as fast as possible as a strong advisor by choosing the best route and method of transport.