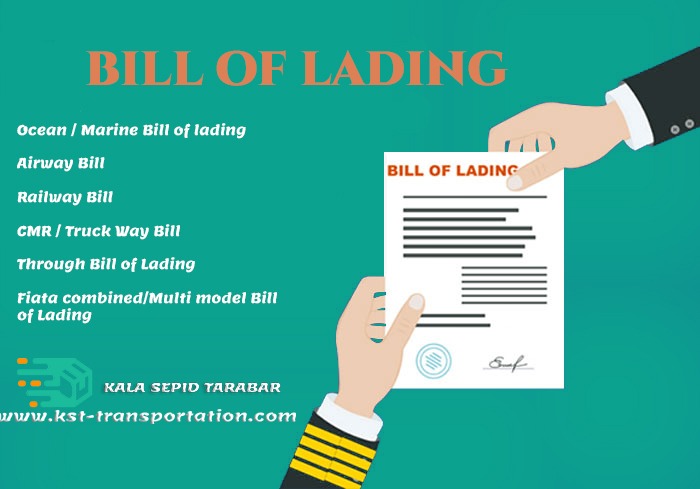 Bill of lading or BL is a document issued by the carrier or his representative after collecting the goods that includes certain goods from one point (origin) to another point (destination) by agreed type of shipping (ship, train, truck, plane or a combination of them) in exchange for a certain freight.
The bill of lading has several uses as a key document in shipping and transportation. Including:

1) Evidence of contract of carriage

2) The receipt of goods

3) Document of title to the goods

Common types of bill of lading in shipping

It is a document issued by the shipping company or its representative after collecting goods and specifying the payment for shipping. If cargoes loaded on a specific ship for transport to a specific destination, the bill of lading will be issued “on board”. In this bill of lading, the full details of the cargo are recorded and signed by the ship’s captain (ship is committed to deliver cargo to destination and receiver)

Types of ocean bill of lading

It is a bill of lading that indicates the transportation cargo from the origin to the destination without changing the vehicle and indicates the direct delivery of cargo to receiver.

A bill of lading indicates that cargo are transported from the seller’s country to the final destination by several vehicles (ships, trucks, etc.)

This bill of lading is issued for ship’s cargoes that have a schedule for departure and certain routes. Companies that carry out these shipments follow certain rules and have a certain rate.

It is a composite transport document set up by Fiata for the use of international forwarders as combined transport operators.

This bill of lading is a negotiable document (unless mentioned the term “is non-negotiable”) that has been approved by the International Chamber of Commerce. The transport agent issuing the bill of lading is not only responsible for the delivery of cargo to the destination, but also for all carriers and the actions of third parties used by him during transportation.

Marine BL has different types in terms of location, number of means of transport, type of service, etc., which we will introduce in the following.
6.  Clean BL

A clean ocean freight bill means that when the goods are delivered by the forwarder, there is no clause in the document that indicates that it is defective. This document is known as a clean or unconditional bill of lading.
7. Claused BL

If there is a sentence in the bill of lading that indicates defective packaging of the goods, such bills of lading are called Claused BL or Dirty BL or Foul BL. In transactions based on letters of credit, banks refuse to accept “Claused” bills of lading.

This bill of lading is similar to the direct BL in terms of content. That is, cargoes are transported just by sea and transported from one ship to another. Also, all the destinations where the ship will stop are listed in the document.

The 3 main versions in the air waybill are:

The first original version FOR CARRIER

The second original version FOR CONSIGNEE

The third original version FOR SHIPPER

The specifications in the railway bill of lading are:

Name and address of exporter

Name of the origin and destination station

Name and address of the consignee

Determining types of goods and its specifications such as tariffs, dimensions, etc.

Mention the required details for customs

Freight (usually based on the relevant railway tariff)

Land bill of lading or CRM is a non-negotiable document used to transport cargoes by truck. This type of BL is for trucks and determines the scope of responsibilities of road transport operators. CRM is usually issued in 6 to 14 copies, 3 of which are original and non-negotiable.

What is mentioned in the CRM is:

Name and address of the sender or its broker

Name and address of the carrier

Name and address of the consignee

Date of issue and date of taking over the goods

Net and gross weight of cargo

Product specifications in terms of dimensions, type of packaging, type of product, number and marks on it

With over 50 countries using the procedure, the TIR (Transports Internationaux Routiers, International Road transport) system is the international customs transit system with the widest geographical coverage. A TIR carnet is a document issued by national road transport associations of the TIR Convention member states. It is an internationally recognized and accepted transit card that can be used for only one trip. It should be noted that the TIR carnet may include many vouchers (2 vouchers per transit country). Here are the two main advantages of the TIR system:

Under the TIR procedure, goods transported between member countries by authorized TIR carnet holders are not subject to customs control at intermediate borders and can travel directly from point A to point B, provided all the seals are intact and the documents are ok. For instance, the goods are inspected by the departure and the destination countries’ customs offices.

With the TIR carnet, no importation/exportation taxes must be paid at transit customs (provided that the vehicle does not deliver any goods to the intermediate countries along the route). 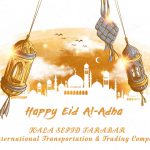