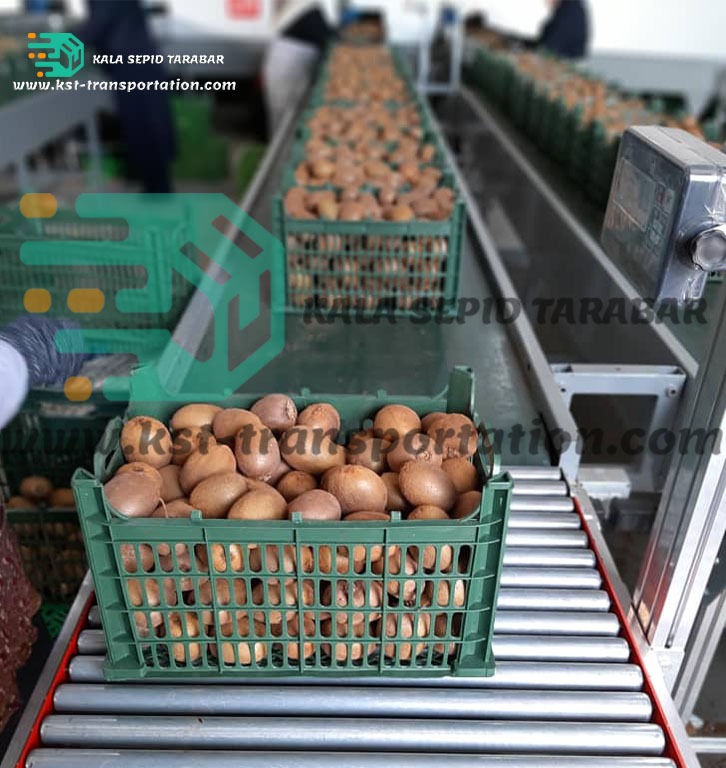 Kiwi is an oval fruit with a light brown color and a fluffy texture. This fruit is native to China. Kiwi is a climbing plant of various species.

The inner pulp of the fruit is a translucent light green with a radial pattern of lighter colors covered with edible small black seeds. Kiwi fruit has a unique flavor and soft texture.

Kiwi was brought to New Zealand from China by religious missionaries in the late twentieth century. As the growth of these exotic fruits increased, the people of New Zealand changed their name to “Chinese gooseberry”. It later entered the United States and was very well received by the people. After repeated trimming, the fruit was named “Kiwi” in honor of the New Zealand National Bird because its small, fluffy, brown shape is very similar to this bird. At present, Italy, New Zealand, France, Japan, Chile, the United States and Iran are the main commercial producers of kiwi.

China is the largest producer of kiwi in the world.

Italy and New Zealand were the second and third largest producers of this fruit, respectively.

And Iran, with an annual production of about 200,000 tons, is the fourth largest producer of kiwi in the world. 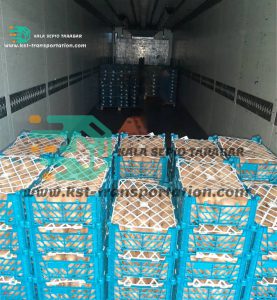 Iran ranks fourth in world kiwi production, ranked eighth in the world in terms of exports after Italy, New Zealand, Chile, Belgium, Greece, the Netherlands and France. Annually, about 300,000 tons of kiwi are produced in the country and almost half of it is exported.

China produced 50% of the global total of kiwi in 2017. Bellow the superior exporters of Kiwi by country in 2017 are mentioned:

The listed countries shipped 98.8% of global kiwi exports in 2017 by value. 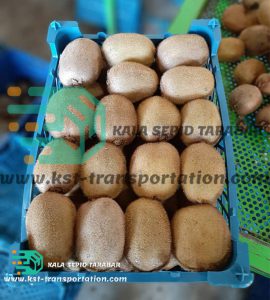 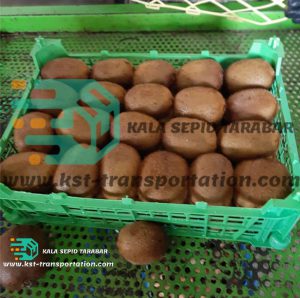 As you see in the mentioned list, Iran was the sixth exporter of kiwi in 2017, before the Netherlands, France, and the USA.

Among continents, exporters in Oceania (mostly New Zealand) sold the highest dollar worth of exported kiwis during 2019 with shipments valued at $1.49 billion or almost half (51.4%) of the worldwide total. In second place were European shippers at 37.4%. Smaller percentages originated from kiwi exporters in Latin America (6%) excluding Mexico but including the Caribbean, Asia (4.1%), North America (1.1%) then Africa (0.1%).
Below are the 15 countries that exported the highest dollar value worth of kiwifruit during 2019. 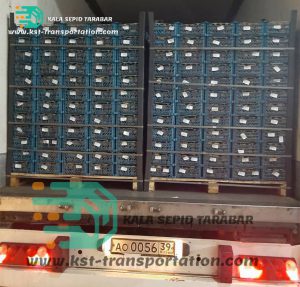 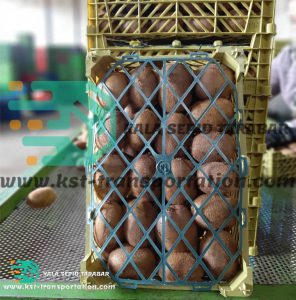 1- Kiwi is a rich source of antioxidants and vitamin C

Approximately 98 mg of vitamin C is present in every 100 mg of this fruit. Kiwi has this amount of vitamin C, in the category of fruits such as oranges and lemons, which are rich sources of this vitamin.

By consuming one kiwi daily, more than 80% of the body’s daily need for this vitamin is met.

Vitamin C is a powerful antioxidant that has the power to neutralize free radicals, making kiwi a special nutrient that fights all the damage caused by aging. 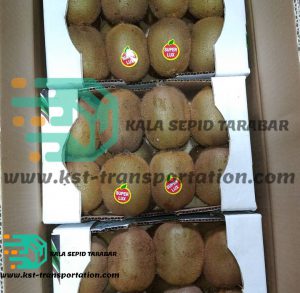 Kiwi is the most ideal fruit in dealing with modern diseases. The high volume of vitamin C in it makes kiwi a fruit to fight anxiety and nervous conditions.

Kiwi reduces stress so that consuming it allows us to feel better and stronger to face the problems and obstacles of daily life.

Doctors recommend that if you are planning to go to a job interview or an important meeting, be sure to eat kiwi beforehand.

The amount of soluble fiber in kiwi is very high, so with the consumption of kiwi, digestion and bowel movements are better and as a result, the possibility of constipation is reduced. If kiwi is eaten for breakfast, it will be very useful . 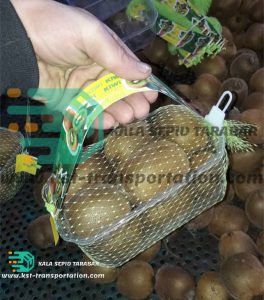 4- Kiwi and its role in weight loss and body dehydration

Since the largest volume of kiwi is water and its calories are very low (each kilo of kiwi contains 63 kcal), by consuming it, you will feel full quickly, and as a result, this fruit is very useful for weight loss.

In addition, kiwi is very low in sodium, so this fruit is a good option for dieting. Kiwi allows you to get rid of accumulated water in the body, which is very necessary for pregnant women.

Kiwi is very diuretic and should not be removed from the diet of people with constipation and obesity. This fruit is also very useful for people with hepatitis and heart failure.

As mentioned earlier, kiwifruit is easy to digest. Kiwi also allows the digestion of protein in food, and as a result of consumption kiwi  indigestion, gastritis and flatulence will be reduced. 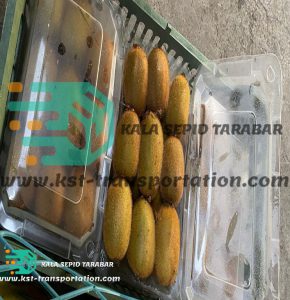 Kiwi has high levels of vitamin E and omega-3 and omega-3 fatty acids, so it improves blood flow in the arteries , and prevents the formation of stones and clots in the blood vessels.

By consuming kiwi, the blockage of arteries or blood clots in the arteries, angina pectoris, cerebral hemorrhage and myocardial infarction are somehow inhibited, and the high amount of fiber in this fruit lowers blood cholesterol levels.

Kiwi contains all the beneficial elements for bones and teeth. This property is derived from the minerals in kiwi, which include magnesium, potassium and copper.

Each kiwi provides about 10% of the body’s daily requirement of high minerals. Kiwi ensures the growth and health of bones, muscles, nerves and other organs of the body. 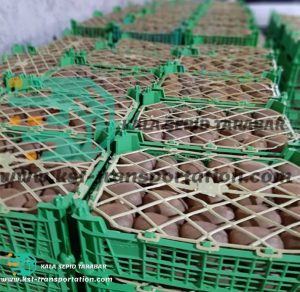 Because kiwi contains high amounts of folic acid and vitamin C, its consumption increases the body’s natural resistance to a variety of colds.

9- The role of kiwi in overcoming anemia

Kiwi has a high volume of vitamin C, increases the absorption of iron in the body, and therefore it is recommended that people with iron deficiency, use this fruit more. 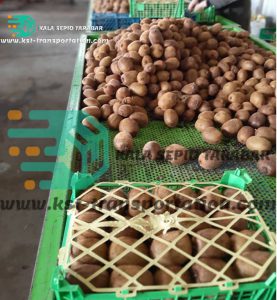 10- The role of kiwi in controlling solar radiation

If you are allergic to the sun’s ultraviolet rays, do not neglect the consumption of kiwi. In fact, the Lutein in this fruit, like a natural filter, protects your skin. Lutein, the king of antioxidants, is also found in spinach and broccoli.

‘kala sepid tarabar’ as an international trading & transportation company in Iran focus on the agricultural and fresh fruits export. Our experiences and resume reflects our quality of work and honesty.

As you know we also are exporters of kiwi that are so delicious and desirable. we have supplied and exported kiwi from high grade farms of Urmia, Gilan and Mazandaran province  that packaged in diverse and customized packages.

Watch the following videos relate to sorting and packaging of superfine kiwi . So far we have exported the best kiwi to Russia,  India, Qatar,Dubai  with the safest shipping methods.