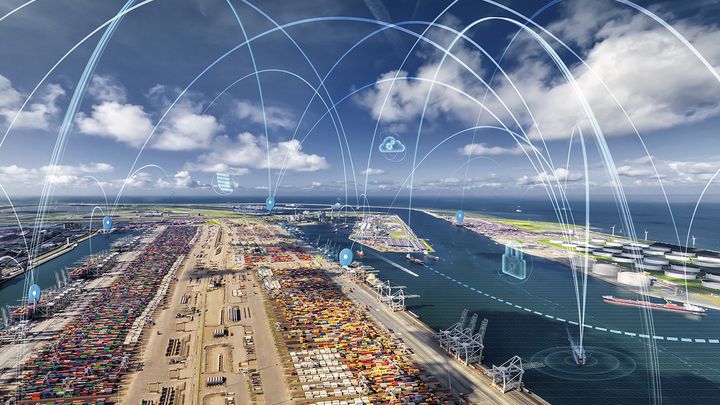 Rotterdam port in the Netherlands is the largest seaport in Europe and the 4th largest in the world, handling around 466.4 million tons of cargo per year. Situated in the city of Rotterdam, it covers an area of 41 square miles and stretches for 25 miles.

Located in a strategically important distribution point in Europe and surrounded by Europe’s highly-populated and industrialized centers, Rotterdam port is handled by the Port of Rotterdam Authority (PoRA) which is a non-listed public limited company, with shares held by the Municipality of Rotterdam (75%) and the Dutch State (25%).

The most significant characteristic of Rotterdam port is the petrochemical industry and general cargo transshipment handlings. It is a vital transit center for bulk cargoes and other goods between the European continent and other parts of the globe. Goods are transported by ship, river barge, train and road from Rotterdam. The Betuweroute, A rapid cargo railway from Rotterdam to Germany is under construction since 2000. The Dutch part of it was opened in 2007.

Established in 1988, Kala Sepid Tarabar shipping and logistic International Company is full of experience regarding various types of transportation services to Rotterdam port of Netherlands. If you are searching for a reliable shipping company for transportation services from Rotterdam port to Iranian ports and vice versa, kindly call our experts for more information.