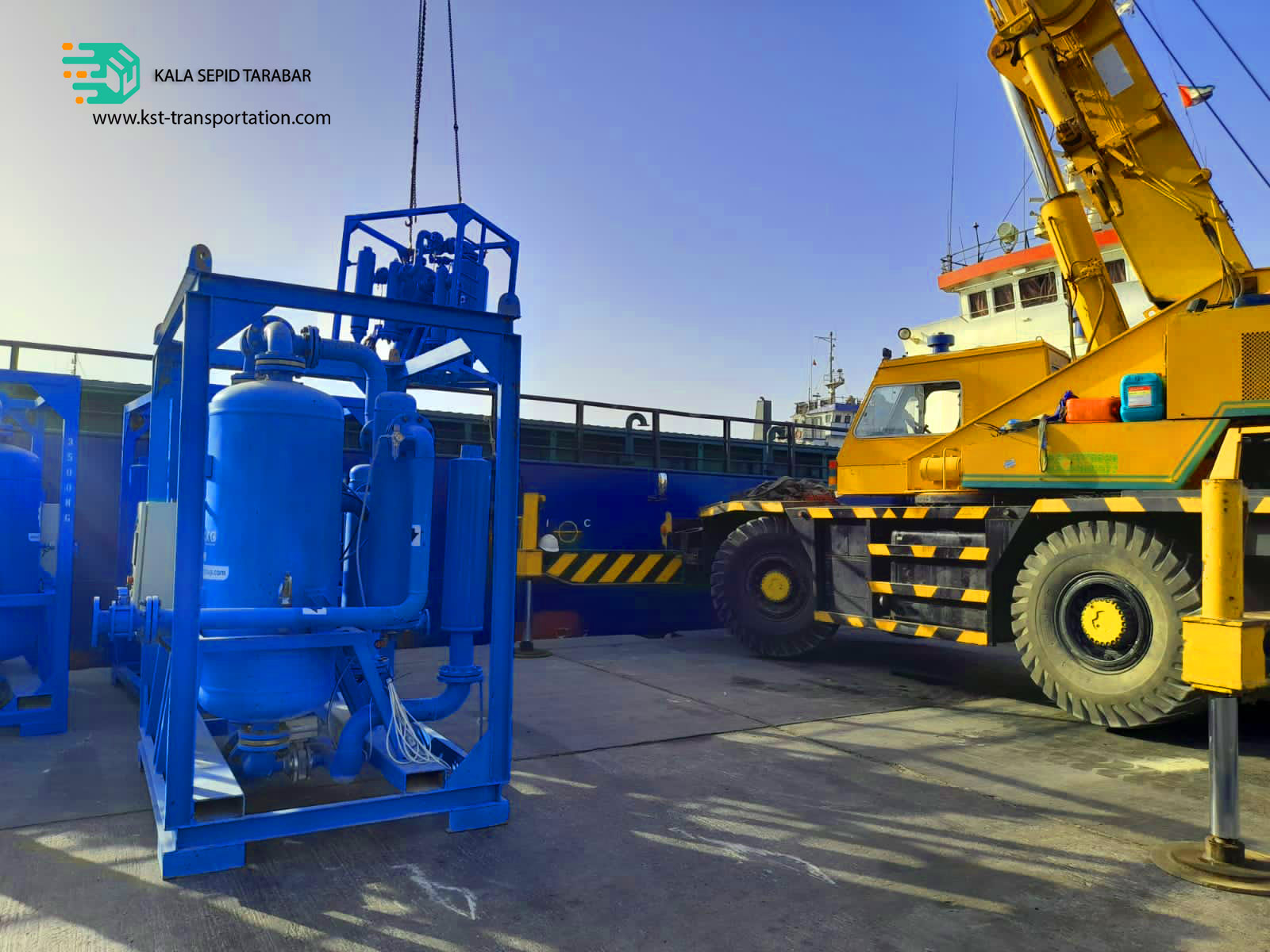 Bandar Lengeh, a city that in historical books has been called the “bride of Iranian ports”. Bandar Lengeh; also known simply as Lengeh, Linja, Linjah or Lingah( is a harbour city in Hormozgan province of Iran on the coast of the Persian Gulf. The weather in Bandar Lengeh is hot and humid, typical of coastal cities in southern Iran
Lengeh port has great economic potential in terms of abundant mines, close transportation distance to the UAE, etc. In order to attract domestic and foreign investment as well as create jobs for young people and improve the economic situation of the city, development of Lengeh port is vital.

Due to its special geographical location, the port of Lengeh has been operating as a transit station for cargo and passengers for a long time.

The port of Lengeh is the best logistics terminal for Abu Musa Islands, Lesser and Greater Tunb, and the Persian Gulf. Also the port of Lengeh has the least distance with different cities of the UAE, including Dubai, Abu Dhabi and Sharjah, and also has a long history of transporting passengers and goods to Qatar, Bahrain and Kuwait.
By implementing the extension of the eastern breakwater and increasing the area of the pond, it will allow to transfer of 7 to 10 thousand tons vessels, which will mainly increase the loading and unloading capacity of this port.

Bandar Lengeh port in a galance

Lengeh port has about 40 hectares of ponds, 35 hectares of Hinterland, two roofed warehouses, It also has two concrete piers, four metal ramps and about 15 non-asphalt ramps to service and waiting for vessels in this port done in the shortest time. This port is one of the historical ports that has long been active in the commercial field with traditional vessels. Currently, more than 70 vessels are stationed in this port.

Many traditional and metal vessels operate in Lengeh. The activity of traditional vessels is mainly the export of minerals in the form of jumbo, bulk agricultural products, packaging as well as car transport. The port of Lengeh is one of the few ports that also has a car transport license. In the field of import, ships import various goods such as textiles, spare parts, computer parts and home appliances.

Lengeh port is also one of the export hubs of refrigerated containers and in this regard, it has gained the first place among the country’s ports.

The strategic position of the port of Lengeh in the Persian Gulf is that it is the closest port to the UAE and many goods are exported through it, but with the outbreak of the Corona virus, the situation became such that the destination countries refused to accept agricultural and food goods in bulk. Most started to packing and refrigerating. In addition to traditional vessels, efforts are being made to look at modernization. Some goods, such as agricultural and sea products, which cannot be transported by traditional vessels, are refrigerated. From the end of 1398 and the beginning of 1399, when the Corona pandemic spread, the field of refrigerated containers became active, and due to the 24-hour activity of our colleagues, now the port of Lengeh has become the export hub of refrigerated containers. In the last  year, about 60 TEU refrigerated containers were exported, part of which was sent to the UAE and the other part to other countries bordering the Persian Gulf.

• The shortest distance with the Arab countries of the Persian Gulf, especially the UAE

• Being on the strategic route of Bandar Abbas-Assaluyeh

• Connection to the country’s road network from three directions

• Transportation of passengers and goods to Qatar, Bahrain and Kuwait

• Added 16 hectares to the port lands of the port

In this port, most work has been done in the field of transit, and in the field of goods transit, it has the third place among the ports of the country after Shahid Rajaei and Imam Khomeini ports.

Another major work done in the port of Lengeh is in the field of minerals. Seven hectares of land have been mined and the first step of the mineral terminal has been taken, and eight companies are currently working on the mineral terminal. Minerals are exported both in packages and in bulk.

Road Transportation is one of the main services of ‌Kala Sepid Tarabar. With more than 20 years of experience in Iran-Overseas, the company provides the best freight transit service. All of our transportation vehicles are covered by CMR Insurance, which we are able to provide without third-party services. We have an office in Bandar Abbas and bandar lengeh and there is agent in all other ports and boarders of Iran.

We have ability of arranging standard trucks, tilt trucks, flat trucks, Refer trucks, Car carriers, handling oversize and overweight shipment up to 40 Mt and also use low bed truck by 5, 7 and 11 axels in port of Bandar Lengeh. kala sepid tarabar is one of the main company that handled a lot of projects such as transit automobile, air compressor, crane, oilfield equipment and heavy cargoes to Iraq, Kazakhstan, Russia, Georgia and etc.